My Garmin Sat Nav :: Firmware Συσκευων :: On The Road

Fixed an issue that could cause the device to shut down while viewing traffic on the map.

Improved UI responsiveness in some situations.
Fixed issues that could prevent users from accessing downloadable content when using Garmin Express.
Fixed an issue that could allow the PIN entry to be bypassed when Garmin Lock is turned on.
Improved software stability.

Corrected a problem where units would go into Safe Mode without an FMI server command.

Corrected an issue that allowed Traffic Ads to display after Navteq Premium subscription had been purchased.

Corrected an issue with the LOC8 entry in GarminDevice.xml.

Corrected an issue that could cause audio problems on phone calls longer than 5 minutes.

Improved performance with some USB cables.

Fixed a bug that would cause Panoramio photos favorites to reappear after deleting.
Fixed a bug that caused the proximity alert setup page to display incorrectly.
Fixed the display of safety cameras on the map page to fit inside the allotted space.
Corrected the display of distance to next turn when German was the selected language.
Fixed next turn and route overview maps from resetting their zoom level and position intermittently.
Added support for MSN Direct (requires GDB55 accessory).
Corrected the zoom scale in 2D modes.

Fixed speed limit icon to allow three digits.
Increased the number of GPI files that can be loaded at one time.
Fixed Arabic issues. 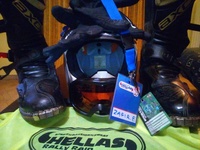 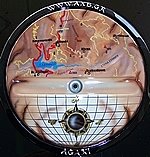 My Garmin Sat Nav :: Firmware Συσκευων :: On The Road